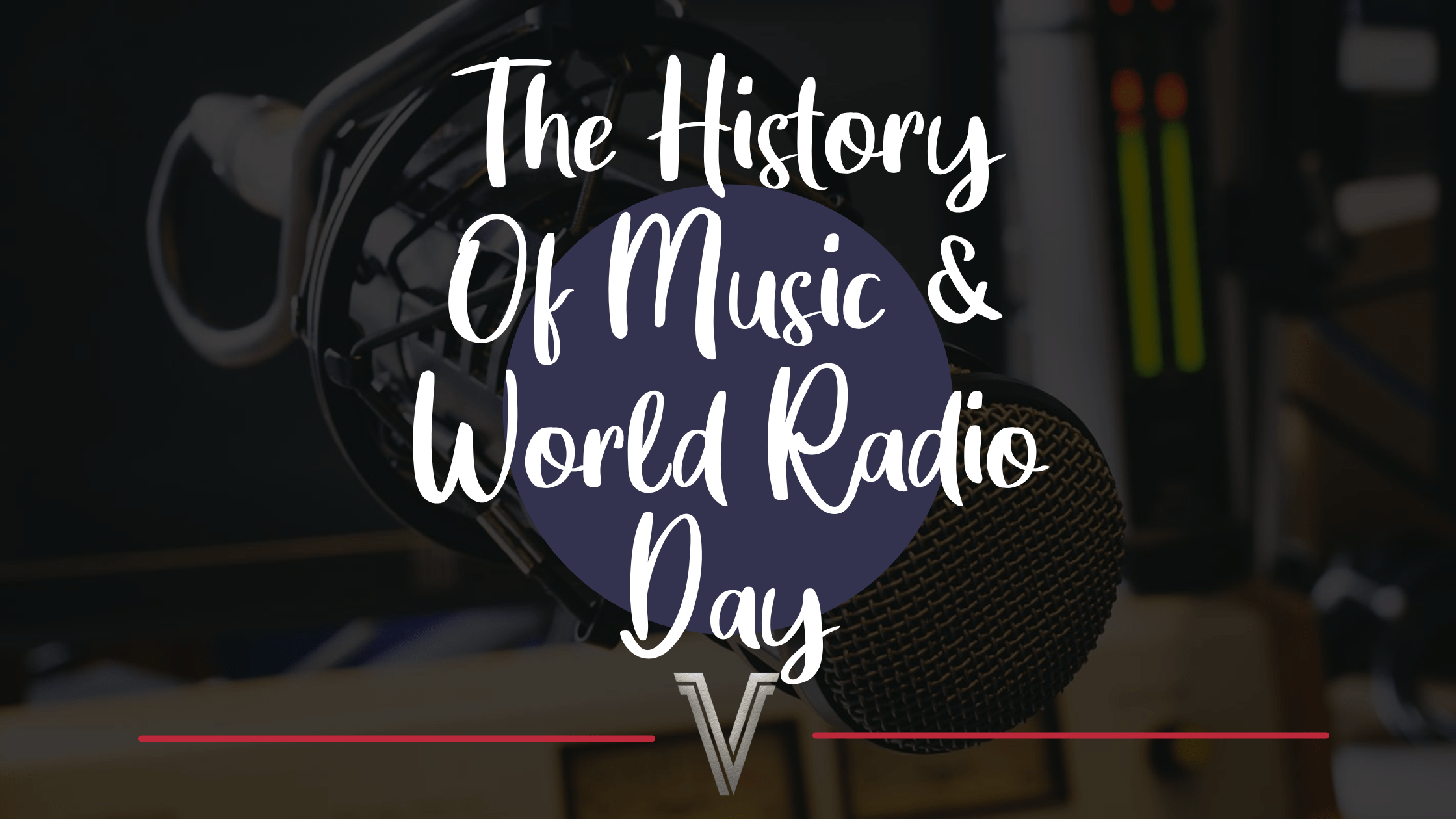 Happy Sunday folks.. Or Monday, Tuesday – whichever day you’ve honoured me by sparing 10 minutes from your busy schedule to read through my scribblings. I wanted to dig deep this week on the history of music, which has helped shape our beloved industry today and it just so happens to coincide with World Radio Day. Now, history was possibly my least favourite subject in school (sorry Mr.Stoker), but getting to know about the history of music has definitely got my brain cells buzzing.

Until this week, I never knew this existed, but Sunday 13th February is officially World Radio Day; which celebrates radio as the mass media reaching the widest audience in the world. The Day was decided by UNESCO on 3 November 2011 during its 36th conference and each year, UNESCO sets out sub-themes for radio stations to focus and act upon, to better improve this medium. This year; UNESCO is calling on radio stations to celebrate the day through three sub-themes:

2. Trust and accessibility: Take care of your audience;

UNESCO’s statement on this year’s occasion is, “Radio is a powerful medium for celebrating humanity in all its diversity and constitutes a platform for democratic discourse. At the global level, radio remains the most widely consumed medium. This unique ability to reach out to the widest audience means radio can shape a society’s experience of diversity, stand as an arena for all voices to speak out, be represented and heard. Radio stations should serve diverse communities, offering a wide variety of programs, viewpoints and content, and reflect the diversity of audiences in their organizations and operations. Radio continues to be one of the most trusted and used media in the world, according to different international reports. The theme of the 2022 edition of World Radio Day is thus devoted to “Radio and Trust“. 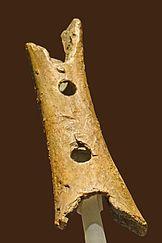 So, looking back to the origins of music, I’m sure (in my highly non-qualified opinion) that music, in some form, was part of human life dating back to the beginning of time.

According to Dr Justin Wildridge, significant evidence has been discovered that very early man developed primitive flutes from animal bones and used stones and wood as percussion.

Potentially, the oldest instrument known to us today, is the Divje Babe Flute from the Divje Babe cave in Slovenia, made from a young cave bear femur.

Fast forward a little while to the Ancient Greeks and Romans, where method’s from their live performance style still exist today. The famous mathematician Pythagorus, concluded music as a science and set the foundations for the octave scale, which is the pinnacle of modern music. Stringed instruments were all the rage and included harps, lyres, kithara, and barbitoi (don’t worry, I’ve only heard of a harp from that list too). In the Roman empire, songs (carmen) were an intrinsic part of nearly every celebration, and music was part of the performing arts form called pantomimus, an early form of story ballet that combined expressive dancing, instrumental music and a sung libretto.

Dating around the 10th to 14th century, artefacts showcase footed cylindrical drums and many rock paintings have been discovered, displaying musical festivities dating back centuries. West African music started being documented when explorers began journaling what they had found whilst travelling. From these writings, we now know that each village had its own professional musicians and singers who would perform for the community and were idolised by the villagers. 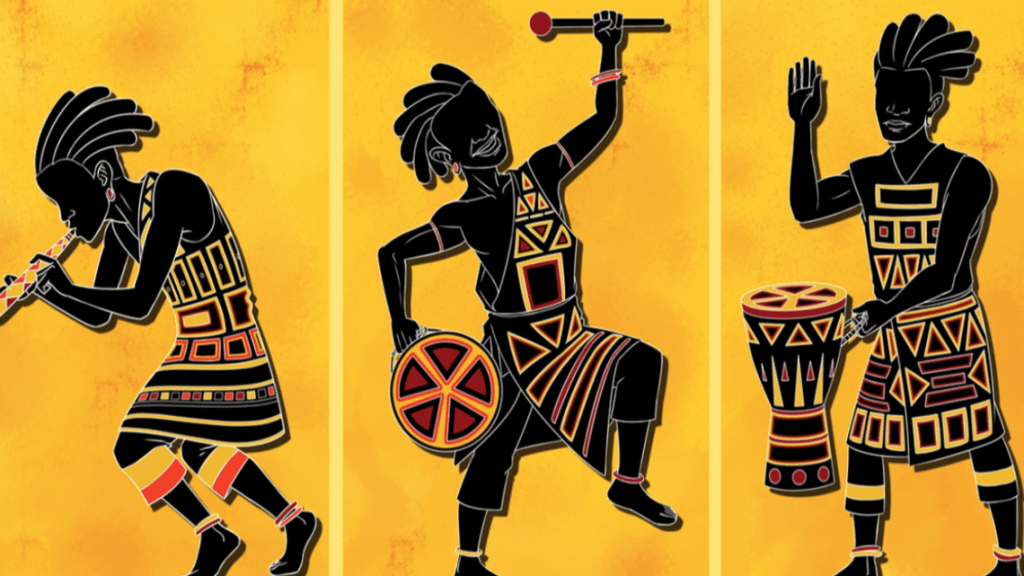 At the dawn of the Renaissance in 1465, the printing press was first used to print music. Music was an essential part of civic, religious, and courtly life back then. Notably, the most important music produced during this period, was for use by the church; with a distinct intention on pieces being sung, either as large choral pieces in church or as songs or madrigals.

After printing, the next significant change in musical performance came in the 18th century, as public concerts became increasingly popular and a significant booster to national economies. More and more people found themselves in a position to be able to afford to visit the opera or music clubs and the popularity just kept increasing. Moving into the 19th century, the likes of Beethoven, Verdi, Stravinsky, Chopin & Tchaikovsky were ‘born’ into the music world and shaped the classical strand to this medium. 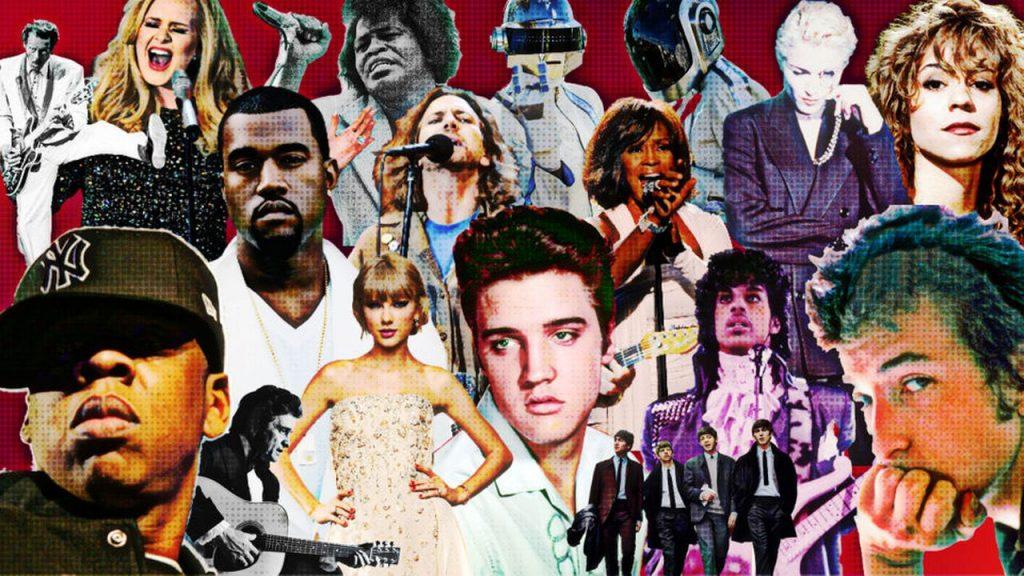 Quite possibly the most varied century of them all has got to be the 20th century; musical styles chopped and changed more in this century than any other. The most significant change in the 1900’s was the emergence of recorded music, meaning the artist didn’t have to be present in order for their music to be heard. This mass exposure gave rise to the phenomenon of world music.

From the swing of the roaring 20s and 30s, to the rock ‘n’ roll of the 50s, to disco fever in the 70s and finally through to modern pop in the 90s – this plethora of music genres is something for this century to be proud of. In between these staple milestones, we saw motown, funk, blues, hip-hop, R&B, punk rock, electro and so much more. Artists today draw on many influences from music produced in this century, and the wonderful world of tributes and live performance owe a lot to this eccentric era.

And so we come to the present day… where the world of music and live entertainment couldn’t be bigger. The pandemic stuck a pin in things for a while, but I believe it’s only going to bring everything back better and stronger. At Valcato, we’re here to stay – and forever grateful to have our place in the arts industry. 2022 ain’t seen nothing yet!