The World Of A/V & Streaming 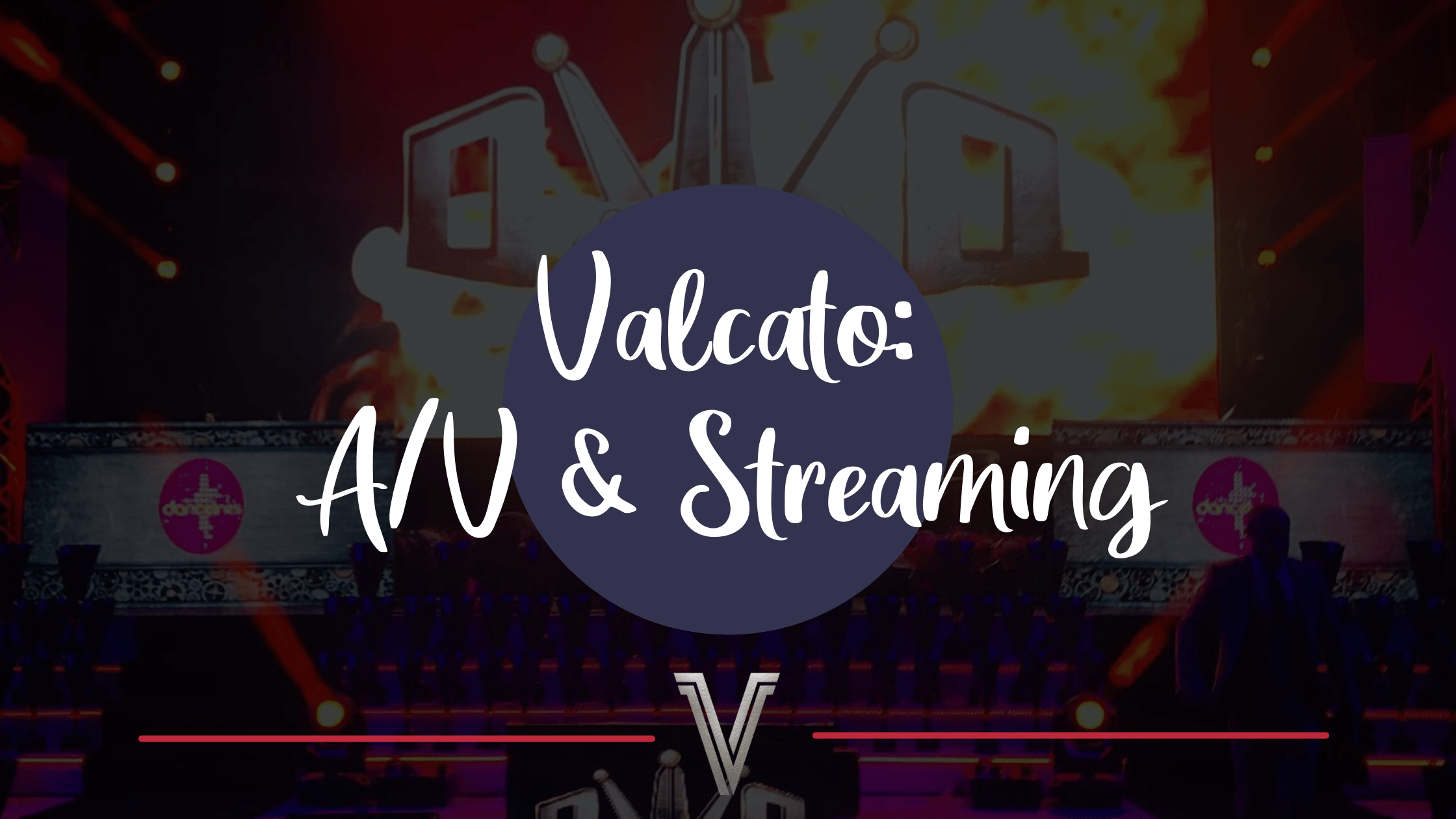 This week we’re onto a topic that, admittedly, I was a little less than clueless on until my interview with the tech wizard himself – Mr Jay Everall, Valcato’s Technical/AV Project Manager.

I managed to snatch an interview this week, in and amongst his busy schedule, to unlock the key to the Live Streaming and AV Tech-iverse. 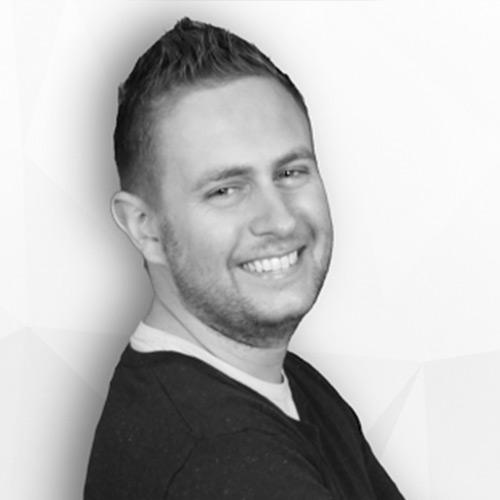 Live streaming took the world by storm in 2021, with the pandemic locking us away from key life events that only our nearest and dearest could attend, and pop stars streaming live concerts from their homes for their fans to enjoy. In 2021, streaming was up a staggering 30% in the first half of the year, compared to the same period in 2018; and it isn’t set to slow down anytime soon. But, rather than me waffling on like iPhones are going out of fashion, I thought I’d ask our expert…

So, Jay, in simple terms, what does your job entail?

My role is typically that of a Project Manager; so I oversee the entire process for a live event from initial concepts and ideas, to creating a technical spec and confirming pricing, through to delivery and post-event debriefing.  I’m also an experienced television director and broadcast engineer, and have previously worked on projects for everybody from Clubland TV to World Wrestling Entertainment.  I think having prior experience across all elements of the technical delivery of events really puts me in good stead to understand exactly what is required – from both a client and crew member perspective.

How does live streaming work, exactly?

Put very simply, the sound and video recorded by your camera, smartphone or computer that would usually be output to a screen or TV gets compressed into a format that makes it easy to send over an internet connection.  Even then, if your stream gathered thousands of viewers your mobile phone or laptop wouldn’t be able to send copies of your live stream to thousands of places at once, so instead the video is streamed to a server which is specially designed to broadcast to thousands of connections at once – these servers are housed in special warehouses called Data Centres – their internet connections offer hundreds, sometimes thousands of times the speed of our home broadband connections – so you only have to stream your video to one place, and our streaming servers handle the rest. 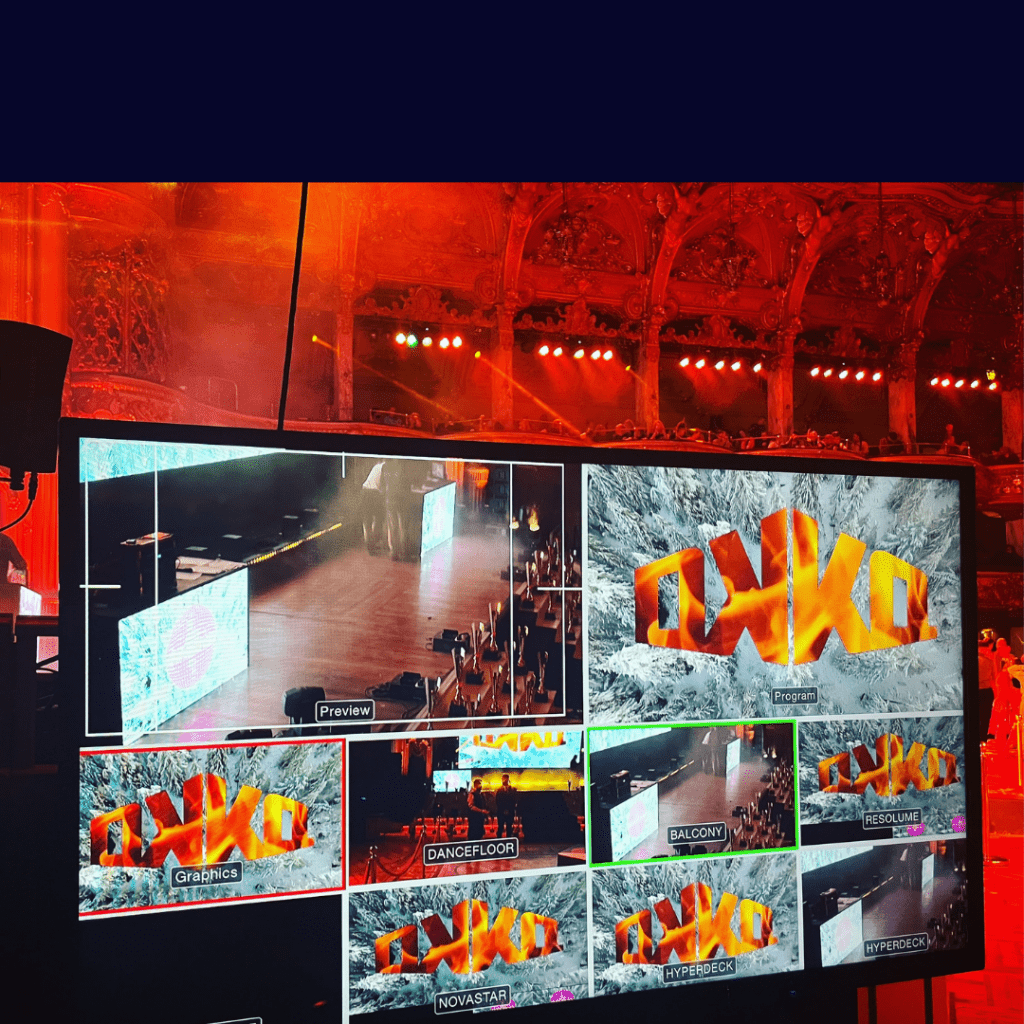 What streaming services can Valcato offer?

What was previously a dark art has been opened up to the world with the advent of smartphones and online platforms such as YouTube, Twitch and Tik Tok.  Broadcasting to an audience online has never been easier, but we’re talking about a different standard to ‘point and shoot’ streaming from a mobile phone.  Our live streamed productions are more akin to television shows – with graphics, high quality sound and multiple camera angles to really capture the look and feel of your event. Our production team and freelance crew have worked on hundreds of events and productions in the past and so bring that wealth of knowledge to our live streaming offering.

Tell us a bit more about AV and what options there are with this?

What we lovingly refer to as our ‘AV Department’ was in fact its own standalone video and broadcast production business prior to merging with Valcato Entertainment in 2017; because of this we’re lucky enough to have access to tens of thousands of pounds worth of broadcast quality camera, sound and engineering equipment – much of which is regularly used by large scale productions across the UK and beyond.

Although we offer a broad range of services – such as PA and lighting hire, our speciality definitely lies in Live Event Video.  From concerts and festivals to studio based gameshows, interviews and awards ceremonies, we’ve been providing live streaming, recording and IMAG services to events for over a decade, and continually invest in our team, faciliites and equipment to ensure that we stay at the cutting edge of video production.

What’s been your favourite A/V event you’ve worked on?

Without a doubt, our ongoing contract to supply production facilities to Dancelines freestyle dance festivals has to be my favourite job, even as we begin our 9th year together.  There are 4 events per season and each one takes place in a spectacular venue in the UK; from the iconic Barrowland Ballroom in Glasgow to the regal Blackpool Tower Ballroom.  Every event has its own unique theme which really challenges our designers to come up with a graphics and VT package to match, and we provide a multi-camera live edit; cut to a giant LED video wall on stage, along with nightly highlights packages for each of the three days the event runs for.  It’s a lot of work…but an awful lot of fun too! 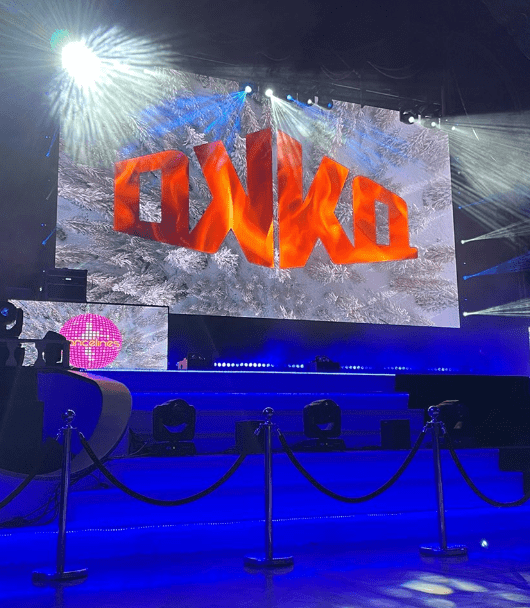 How can our readers get in touch to discuss their next project?

We’re always at the end of the phone on 0330 223 2293 or simply use the Contact link at the top of every page.  The first step is always a no-obligation informal chat where we discuss the aims of the event and come up with a rough project brief – we’re there to make AV just ‘one less thing to worry about’.

Well, I’m not sure about you lot, but I need a lie down after digesting all of that information. Jay really is a fountain of knowledge when it comes to technical trivia, so reach out and we’ll be on hand to help… and as always…