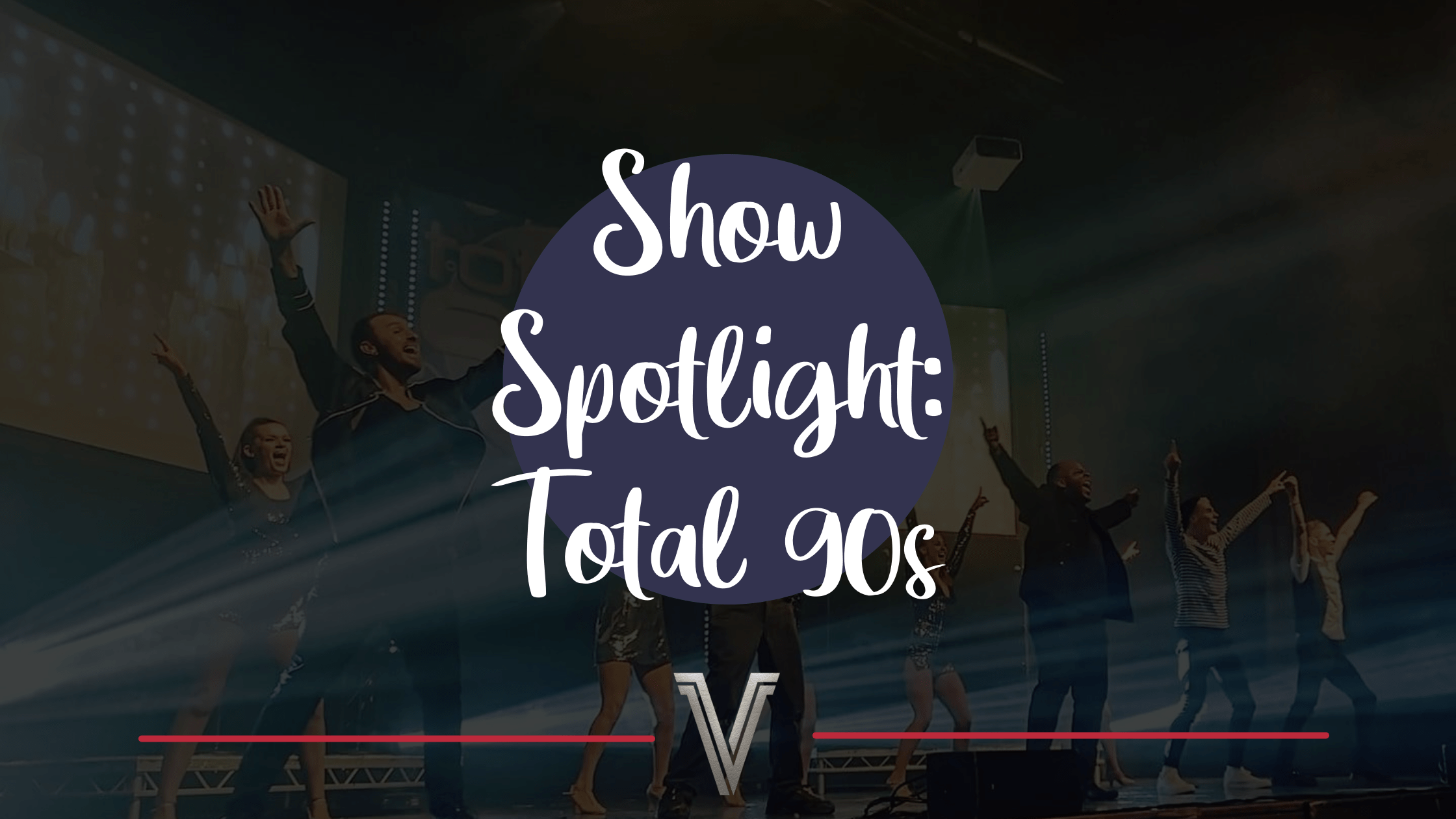 So, as some of you may have seen (if you follow our socials… and if you don’t, why not?) that we recently had our Season Launch event last week at HQ. Tied in with this night was the Valcato Annual Awards Ceremony, where the highly anticipated winner of ‘Show Of The Year’ for the 2021/22 season was announced. Voted for by the performers and production team of Valcato, the clear winner was… Total 90s.

Total 90s crams all that was good and great from the pop charts of the decade, into a unique high energy experience – 21 chart-topping tribute acts, performing 45 smash hits! Crowned “a relentlessly cheesy blast of nostalgia”, and in my oh so humble opinion, being jam packed with banger after banger – I wanted to talk with the cast and production team about the show.

By now I’m sure you’ve gathered that any excuse for a natter, and I’m there – but it really was interesting to hear about how Total 90s came about and what really made it the show of the year! 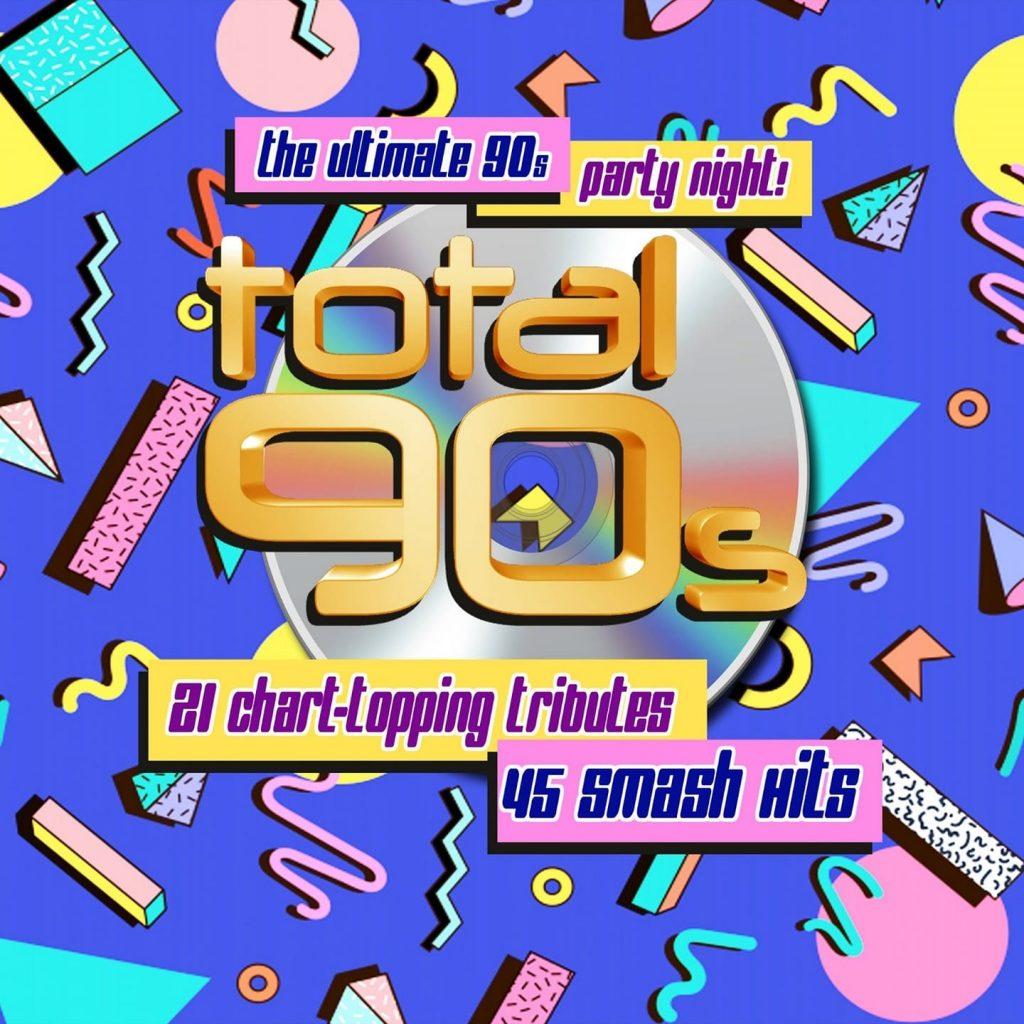 So Total 90s came about last July when Pete from SS1 Entertainment called up Vicky, looking for a production company to help them put the show together, ready for live audiences. Prior to this, and the dreaded pandemic, SS1 were due to put Total 90s together themselves and had a cast in, had promo ready, setlist determined and the overall concept was there. COVID had other plans, and shut down not just the entertainment industry, but practically the whole world. Fast forward a year and a half, bookings were rolling back in for SS1 and some sense of normality was resuming – however they wanted to launch the Total 90’s tour at the end of August (2021) and had very limited time to do so. Initially, another production company were due to help SS1 with this mammoth task, but due to securing an incredible cruise ship contract which would take up a lot of their time, they kindly recommended us to SS1, as they knew this kind of service was our speciality.

So, a huge big up and thank you to Pop Up Entertainment for the recommendation! 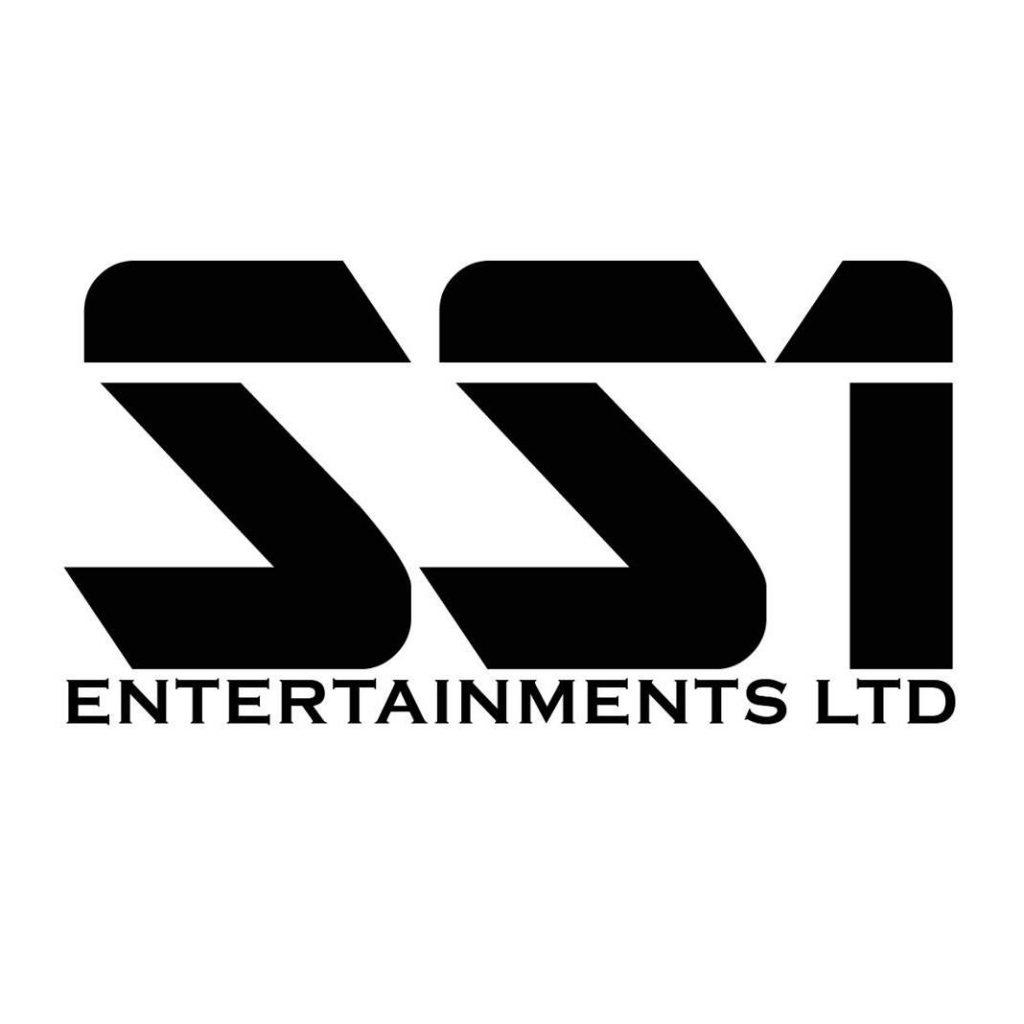 After the recommendation, and seeing our 90s vs 00s concert from our “Shows To Go”, the call came in at the end of June 2021, and SS1 needed the show up and running for their first theatre booking on 26th August, with a cast of 10. Valcato did voice concerns at the time knowing that our performers were booked out on summer tours, and suggested casting externally for this project to ensure a dedicated cast of performers who could commit and deliver exactly what the performances needed, show after show. Knowing how tight the turnaround was going to be, we got right to work and advertised invitation-only auditions for the T90s tour.

In the room on the day were 26 exceptionally talented performers, who we had vetted thoroughly to ensure they would be right for the heavily choreographed, and vocally challenging show.  The day itself was amazing, and was (for the majority there), their first audition since the pandemic so there was a special feeling in the air that day – everyone was buzzing! Through that, we (not without struggle) cast the incredible 10 performers for the tour and booked them in for a rehearsal period at our studios. For our own shows, we can often record choreography and vocal demos for the cast to learn in their own time, and just booked a day or two in the studio to polish/clean. However, this was no normal show – initially wanting 10 days rehearsal (eek), we eventually settled on 6 days, with an extra day for cleaning to make sure everything was P-E-R-F-E-C-T.

With everything that was going into the show – x2 50 minute sets, over 100 costume changes, intricate choreography, multi-layer harmonies and more – there was no other option than to do the majority in person. Our Creative Director, Vicky, helped to keep everyone to their strict schedule by configuring and recording all 10 cast member’s vocal demo tracks a couple of weeks before the studio rehearsals so it was more a case of putting everything together, than learning from scratch – as the choreography was going to be enough. During rehearsals, no moment was spared… if the cast weren’t in the dance studio learning routines, they were in Studio 2 with Vicky going over vocals and cleaning harmonies.

So we knew we were going to be heading up casting, choreography, vocals, production but it should also be noted, as I mentioned above, that the show contains over 100 costume changes (10 performers, over 10 costume changes each), which we were responsible for sourcing and something we didn’t quite realise at the time of taking the project on. However, we love a challenge It was probably the most challenging part of the whole experience – we had to get everything looking authentic to the era, in the short timescale we had and most importantly, on budget. During the production phase we spent a lot of time working on scheduling the changes in the show; which included placing VTs into certain sections to allow for changes, working on the setlist to allow enough time for each performer to get changed. For those who don’t know, Total 90s runs as a show with different sections that tribute to different artists of the era. Each section requires new costumes to authentically tribute to the artists the cast portray – 5ive, Backstreet Boys, Britney Spears, Bewitched, Spice Girls… the list is endless (as are the costume changes).

Once everyone’s brains were thoroughly fried and filled with ‘Mysterious Girl’ going round on repeat, it was time for the theatre day – where Maria Johnson of SS1 came along to take a look at the finished product. Everyone from Valcato awaited with baited breath, feeling immensely proud of what we’d achieved, but hoping that we’d nailed what SS1 were hoping for.

I think the words Maria messaged over to us the next day (to the right) sum up perfectly how SS1 felt. PHEW!

“I am still in awe of everything I saw yesterday. Valcato stuck to and hit the brief exceptionally well. Thank-you!

The casting is perfect. The talent is strong. The energy is great. The costumes are appropriate. The choreo is visually interesting. The vocal arrangements are beautiful. The cast are engaging.

I can’t wait to see it all in it’s full glory tomorrow. Congratulations to everyone x”

So finally, it was show time! For the first show, we wanted everyone to arrive early to the theatre just so everyone could meet the team, do a run in the space with a soundcheck, fix placing issues, ask any last minute questions and, I think, just to soak it all up that live events really were back. Being in the theatre that day was something we certainly won’t forget, and something we wouldn’t have missed for the world. The theatre had fully sold out, with around 450-500 90s-lovers in attendance, which just added to the already electric atmosphere. It certainly was a night to remember and one that will forever have a place in the Valcato history books.

After the first few shows, sadly COVID did a dirty on us and another lockdown looked like it was looming. Trust in theatres and live entertainment venues plummeted as they were deemed as ‘super spreading locations’ and people, rightly so, were scared. Once the dust had settled, the gang were back, blasting out 90s nostalgia across the UK and warming the hearts of many. After the rocky start, the show grew from strength to strength as the cast were finally able to stick their teeth into the show and find their groove.

Almost a year down the line and the tour is going strong, with some incredible venues booked all over the UK! We work closely with SS1 still, and are always on hand to help them market the show – recently having the cast come into the studios to record some marketing adverts, against our green screen studio set up. We have a cast of wonderful people who we are proud to have in our Valcato family, who we help manage logistically (and sometimes emotionally) and we wouldn’t have it any other way.

I mean, NGL guys (stands for ‘not going to (gonna) lie’ for those who aren’t down with the kids)... I’m a little jealous after talking with the production team about everything Total 90s. So, to rub some more salt in my envy wounds, I had a chat with some of the T90s cast members at the Season Launch meeting/awards party, just to see what it’s like from the other side (I like to give you a well balanced view, you see). Here’s what they had to say…

Keith – It has been a great experience joining the Total 90’s team both onstage and off. There is a real sense of family in this show, the cast all have the best time with each other and that comes through into the performance. I feel so lucky to be working with such a talented group of people. It is such a feel-good show and we love being able to have a party with the audience.

There is always an amazing atmosphere, everyone is singing and dancing together and it’s no surprise… 90’s songs are BANGERS! Especially after the last two years, this show is exactly what people need to lift their spirits, incredible vocals, amazing choreography and hit after hit. You just leave on such a high!

Yolly – Well, what can I say? There are so many reasons that I love our total 90s show, but my top 3 reasons are:

Number one, the cast are unbelievably talented and like one big family, so proud to share the stage with them.

Number two, I mean come on, who doesn’t love 90s music, I’m unsure I can trust anybody who doesn’t haha

Number three, and this is a big one, SPICE GIRLS… need I say any more?

Overall I just love the energetic, fun, feel good vibe the show brings to theatres throughout the UK

Hannah – What I love the most about being in the Total 90s show is sharing the stage with 9 other super talented cast members in front of a live theatre audience. And of course the entire 90s vibes! Having been a 90s baby myself – every single song is a vibe!

Abbie – The best part about being in total 90’s is the throwback songs that take me back to my childhood and seeing everyone in the audience re-live this with us .. having the time of their life!

Chris – Total 90s is a total nostalgia experience. I love that every night I do the show, I’m taken back to the pop era of the 90s. It honestly feels like a night out with my mates every time we do it! I mean who didn’t pretend they were members of backstreet boys and take that as kids! Now I get to do it, for real!

You don’t just have to take our/their word for it either… below are some lovely reviews from audience members who’ve been to see the show;

Amazing Voices, Amazing Dancing & Amazing Outfits to boot!! Loved Taking my Daughter on the journey to my Youth.

Had a great time tonight. Fab performers.  Loved it! I am glad we went.

The perfect tonic & adrenaline to help with blowing off those post-lockdown cobwebs. 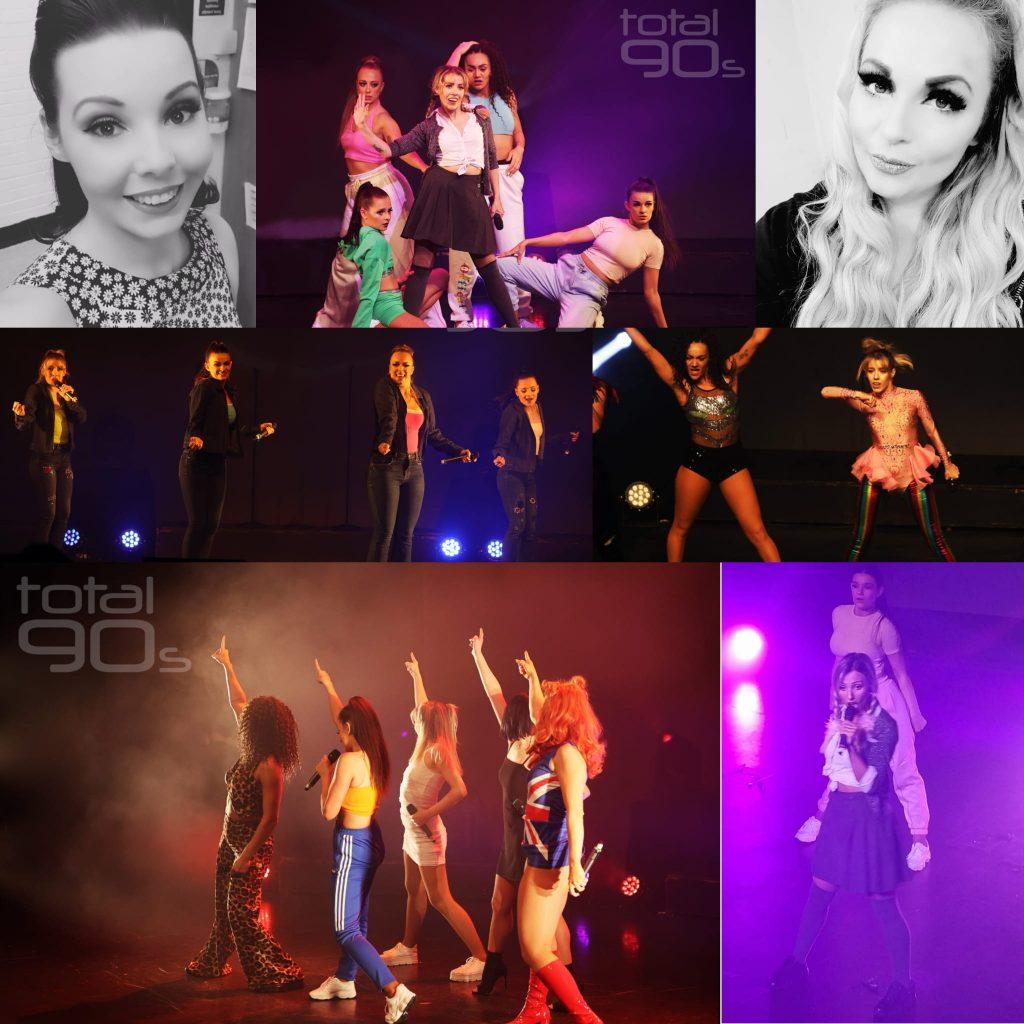 Now, I don’t know about you, but this show is a bit of me… banger after banger of the best 90s hits, what more could you want!?

If the Total 90s show seems like it’s right up your street, then what are you waiting for? Get your tickets today and join this incredibly talented bunch for a night you’ll ‘Never Forget’.